Putting Lives to the Test 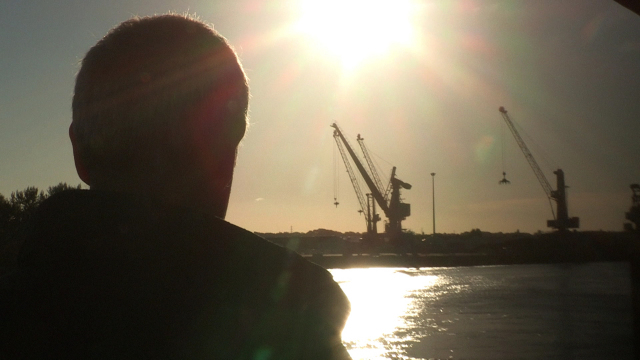 Highly specialised French dockworkers are fighting on two fronts: to protect their values and their identity in the face of technical advances, and to battle for their health as they are exposed to deadly toxins.

Changes to working conditions are having a great impact on skilled labourers in Le Havre, who not only must learn to fill diverse technical roles and adapt to the machinery around them, but are also exposed daily to carcinogenic toxins. "It's not manual labour anymore. We have no choice but to get used to working with the machines", says Florian Michel, a docker at Le Havre since 2005. Their health is in serious danger too. In the ports of the Loire Atlantique, over half the dockers have been diagnosed with cancer, a shocking statistic. In the 1970s asbestos was the prime culprit, but since it was banned in 1997 now cement, fertilisers and pesticides have a damning impact on their health. “The last one we buried is Bernard Potel. He was my age - 67 years old”, says Daniel. “Cancer of the intestines, liver, spleen, lungs, blind and then dead. But he never made a request to Social Security.” Their reputation as men of steel means that many do not contest their working conditions. ”It’s taboo, the dockers are proud”, says Michel, who plans to fight for workers’ rights. ”Our work is before us. We have a lot of work to do.”
FULL SYNOPSIS
TRANSCRIPT