The town of San Cristobal is suffering a man-made drought, as Coca-Cola and other soft drink multinationals are draining all water sources 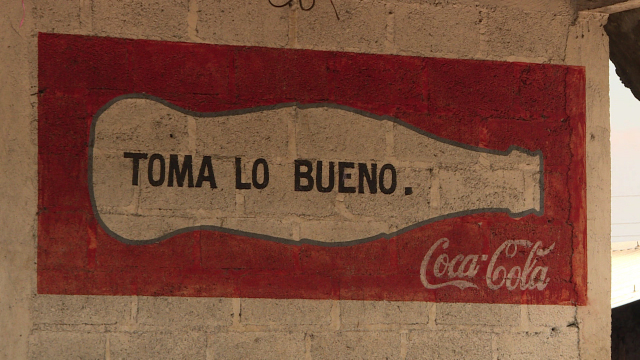 In Mexico, Coca Cola is more than just a brand. Its factories deplete water supplies for vast areas, whilst its products contribute to a burgeoning obesity epidemic.

In one small Mexican village, residents are praying for rain. The ceremony appears traditional, apart from one element: a dozen or so bottles of Coca Cola. ”It’s seen as a sacred drink now", explains one resident. ”It allows you to purify your soul. That’s the power of Coca Cola.” Ironically, it is the presence of Coca Cola’s nearby factory that is partly to blame for the dearth in drinking water. The factory uses six litres of water for every litre of cola and draws it from the area’s dwindling groundwater supply. Now residents have to buy water from tankers. “I spend a quarter of my salary on getting water", says resident Rodolfo. In fact, it can be cheaper to drink solely Coca Cola: Mexico has become the biggest consumer of the soft drink in the world, to the detriment of the population’s health. The extent to which a single corporation can affect a nation is nowhere more pertinent than here.
FULL SYNOPSIS
TRANSCRIPT