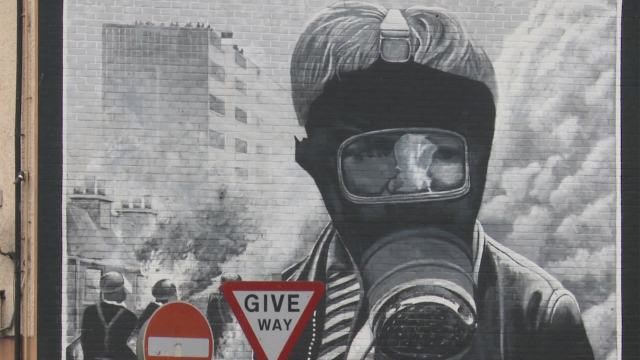 Fifty years on, bitter memories of the Troubles linger in Northern Ireland communities. Many are working tirelessly to heal these wounds, through integration, education and understanding.

Londonderry remains deeply divided. So-called 'Peace Walls' physically separate Protestant and Catholic communities. Twenty years ago the peace agreement ended conflict, but intolerance has been difficult to uproot. Now, across the city, innovative initiatives have begun to build bridges. Protestant school Lisneal hosts civics classes for their own pupils and those from nearby Catholic schools. "We had parents who were worried," says Martine Mulhern, Principal of Catholic St Cecilia's; but the programme has since proved a success. "Difference is good, says pupil Sienna. Felden, a new community start-up, deliberately mixes housing for Protestants and Catholics. "I wanted a better future for my children", says new resident Nicola O'Neill. "Now I couldn't see me living anywhere else."
FULL SYNOPSIS
TRANSCRIPT