A Syrian family risks the perilous road to asylum 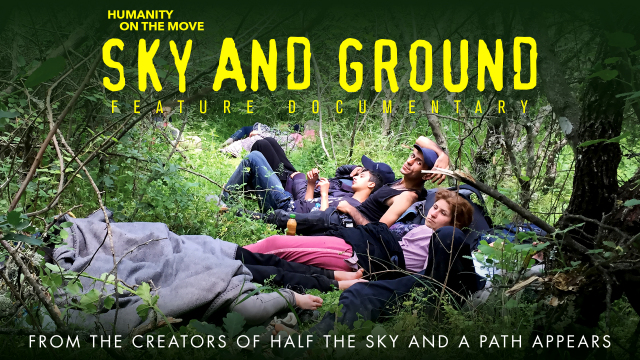 Leaving all they know behind them, the Nabi family journey away from Syria towards their destination: Germany. One member takes it upon himself to lead fifteen of his family and friends across borders using his phone’s GPS and the guidance of his brothers in Berlin. As refugees, they experience repeated setbacks and heartache but their love for one another remains their richest source of morale. Follow every high, low, risk, and success that these refugees endure in the hope of a better life.

"an immersive experience of a harrowing journey"– Keeping It Reel
Festivals

Talya Tibbon - Director and producer
Talya Tibbon is an award winning documentary film and television director producer and writer. Over the years Talya has worked in four continents, documenting all kinds of human interaction. From street gangs and drug dealers to Nobel Prize winners and US intelligence officials, she is drawn towards fascinating characters from all walks of life.

Joshua Bennet - Director and producer
Joshua Bennett has over 15 years experience working in film and television production, and has produced shoots in over 35 countries on all 7 continents. He is currently the Executive Vice President of Show of Force, the New York based Media company. He is a passionate advocate for the power of media to inspire positive social change and is committed to telling stories that give voice to people who are actively working to support vulnerable populations across the globe. 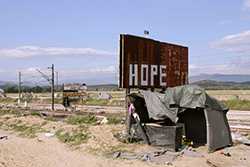 As a filmmaker, “embedding” with your subjects poses moral and editorial dilemmas on a daily basis. When Jalila, the family matriarch, wondered why we couldn’t get them a car (or put them in ours), or when the kids asked why do I get to go back to a hotel at the end of the evening and they don’t, I didn’t have good enough answers. They weren’t criminals and I wasn’t better than them. Such dilemmas double when you embed with people during a crisis and there were times when some of the family’s frustration was taken out on us. But from the outset we knew we couldn’t do anything illegal (like sneaking through borders) and we also knew that we didn’t want to do anything that would potentially put the family at risk or alter their journey. We couldn’t be there every moment of their journey, so I left a small camera with Guevara and later with his nieces. The film features material they shot on their own, as well as earlier footage kept by Guevara, who had started documenting the family in Syria, had kept. I see Sky and Ground very much as a collaboration with the Sheikh Nabi- Abdulrahman clan.