How long will the white farmers of South Africa survive? 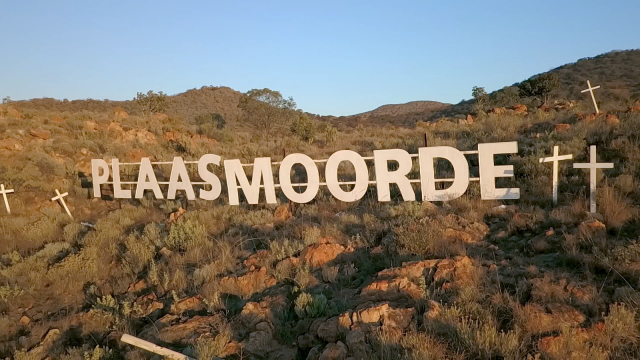 The complex question of land rights and expropriation has long blighted South Africa. With attacks on white farmers on the rise, many believe the aim is to terrorise them off the land.

Much of the farmland of South Africa remains in the hands of the white population. This injustice has been touted as one reason for chronic violence across the country. “There was a lot of blood lying on the floor here and I immediately realised that something is wrong”, says white farmer Jo-An Engelbrecht, recalling the discovery of his parents’ bodies. “Their throats were slit. They were tortured here”. However, some raise doubts whether these murders, and those of many more white farmers, are not simply a product of a wider issue. “We have a real problem with violence and it’s expressed in various different ways”, says Gareth Newham of the Institute of Security Studies, “And then suddenly there’s international attention on the murders of white farmers. It just sort of seems completely disproportionate”. On the other hand, radical politicians are not afraid to offer force as a solution for reclaiming these lands. “The white minority took our land by force”, declares Julius Malema, charismatic leader of the Economic Freedom Fighters. “You must say enough is enough. We are taking the future into our own hands”.
FULL SYNOPSIS
TRANSCRIPT