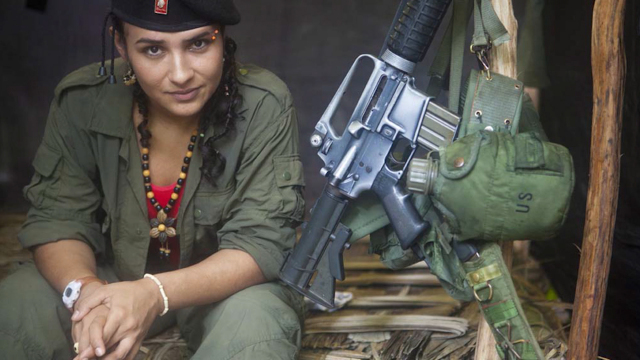 Eighteen months ago, a historic peace deal was signed in Colombia, ending over half a century of civil war. Now, former FARC guerrillas are returning to society – but the transition isn’t easy.

Tierra Grata is a government-funded transitional camp for ex-FARC members. Not only a place to learn how to reintegrate into society, it has also been the stage for emotional family reunions. Elsa RodrÍguez joined the FARC as a young woman and had no contact with her family for 25 years – including her son, only 18 months old when she entrusted him to a friend. Now, they have found one another again. “I didn’t recognise him”, she recalls. “I looked for a spot on his body and said, ‘It’s my son'. I broke into tears.” Now, the challenge is to make an honest living. One innovative group has restyled a FARC jungle camp as an immersive tourist destination. “We want people to see it from a different perspective”, says former fighter Lucas Lopez. In the capital Bogotá, Paula Sáenz is putting skills learned as a FARC propagandist to good use, reporting on social injustice for New Colombia TV. “I stopped shooting with a rifle to start shooting with a camera”, she says. Ideological differences continue to cause strife, exacerbated as the country’s new President questions the peace deal. But peace, shaky as it is, persists for the moment.
FULL SYNOPSIS
TRANSCRIPT