The Antechamber of Hell

Driven from their homes, the Rohingya have nowhere to turn 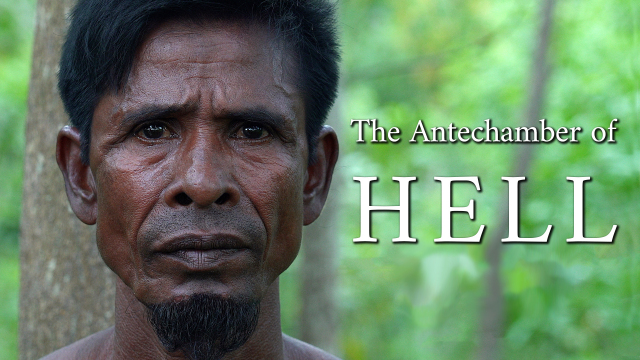 The persecution of the Rohingya people in Myanmar represents one of the largest humanitarian crises of our century. Systematically terrorised and permanently displaced, where can the Rohingya turn for aid?

"The Myanmar military came and killed my husband and four sons by firing on them. After that they decapitated them and burned the house." Destroying villages occupied by the Rohingya, a Muslim ethnic minority in Myanmar, the military have forced a mass exodus into Bangladesh. A forest in Kutupalong has since become the largest refugee camp in the world; one million Rohingya live crammed in improvised windowless huts and endure temperatures of 45°C and humidity of over 90%. They survive mostly on meagre humanitarian aid, unsure if they will ever be able to return home. "My only wish is that we regain our dignity and citizenship. After that we will go back to Myanmar."
FULL SYNOPSIS
TRANSCRIPT