The Chancellor vs The Grandmothers 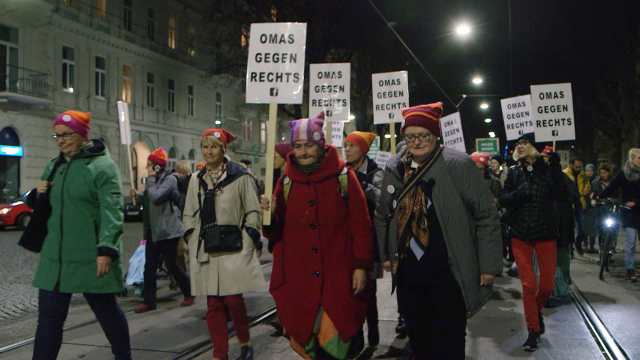 The world's youngest head of government has some of the world's oldest opponents. This report follows the ongoing opposition to Sebastian Kurz' right-wing policies, joining the elderly movement out on the streets.

“We’re living in times of crisis in Austria", says Maria Moritz, a grandmother protesting Austrian government policies that she says prey on the vulnerable. Many of Sebastian Kurz’s supporters, on the other hand, are pleased with the chancellor’s closed-borders immigration strategy. "We live in a promised land", says financial adviser Michael Artacker. "We want it to be preserved like this for our children." But it’s not just immigrants who are facing hostility. T-Ser, a black Austrian rapper whose video of police harassment went viral, says Austrian voters are pushing out minorities. “Austria is to remain a white country.”
FULL SYNOPSIS
TRANSCRIPT