Chocolate: A Taste of Independence 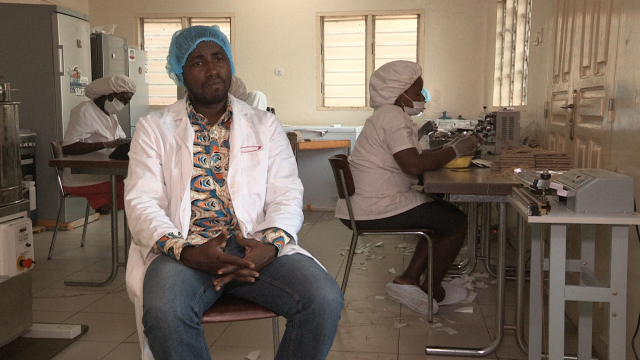 In Togo, 60% of the population lives in poverty, with its cacao growers drowning under increasingly low prices. From one village to another, one man is advocating a new future for his country, through chocolate production.

"When we launched the plan of manufacturing chocolate, lots of people did not believe us. Most made fun of us. People said we were mad." Trained in Italy, Komi Agbokou is a chocolate maker and political activist. He has recently returned to Togo with one mission: to incite his fellow countrymen to turn their cacao into chocolate. Komi explains that current cacao prices are decided by "those who transform cocoa", pushing local farmers to sell their produce for increasingly lower prices. For one cacao farmer, the beans have become akin to "dead wood". On a 600km trip from North to South Togo, Komi is fighting to change such attitudes, teaching his people to maximise their produce's worth.
FULL SYNOPSIS
TRANSCRIPT