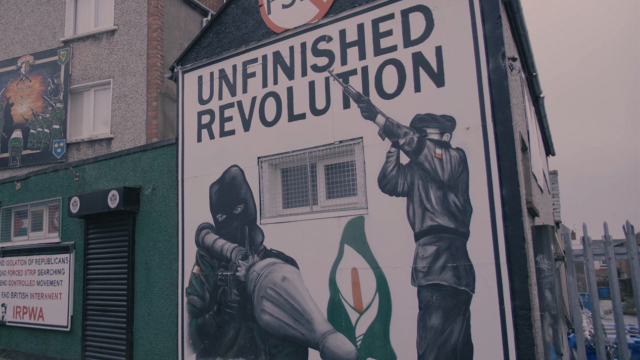 With Brexit fast approaching, a solution to the Irish border question remains elusive. Near the border, concern grows that without a solution, the sectarian violence of the Troubles could return.

On Saturday 19th January, a car bomb exploded in Londonderry's city centre. Jude Macrory was one of four men initially arrested in connection with the bombing. He's the youth coordinator of Saoradh, a republican party set up to agitate for a united Ireland. Though he denies involvement in the attack, he believes violence can be justified. “The courthouse was attacked purely because it’s a British installation in Ireland… I certainly wouldn’t condemn people’s rights to use such a tactic.” Brexit-induced uncertainty over the Irish border question has raised fears of a rise in sectarian violence. Though Macrory doesn’t want a return to the Troubles, he believes that Brexit is an opportunity for Irish republicans. “England’s difficulty with the European Union is Ireland’s opportunity.”
FULL SYNOPSIS
TRANSCRIPT