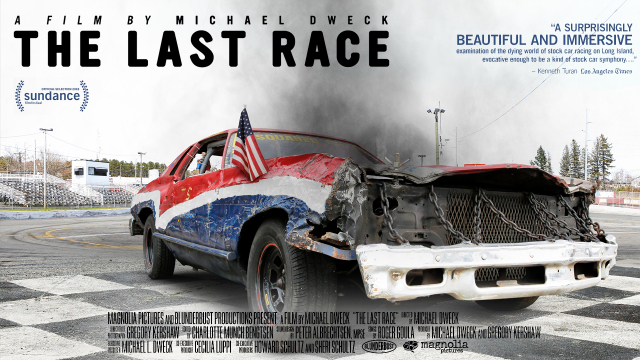 A sumptuous Sundance doc depicting the Long Island birthplace of stock car racing where only one track remains. Located on prime real estate, the realtors are circling. The property is worth millions and only the love and integrity of the track's community and elderly owners keep the bulldozers at bay. Stunning cinematography immerses us in the intimate world of grassroots racing, at a time when its future is in the balance. Can this great blue collar American pastime survive?
Reviews “This graceful, ruminative fragment of scrap-metal Americana marks a distinguished foray into feature filmmaking for renowned narrative photographer Dweck.” – Variety
“...an impressionistic, atmospheric examination of a sport and a way of life that feel perilously close to extinction” – Los Angeles Times
Festivals 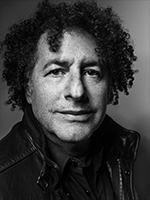 Michael Dweck is an award winning director and visual artist. Best recognized for his evocative narrative photography, Dweck artistically investigates the on-going struggles between identity and adaptation found within endangered societal enclaves. Dweck's works have been featured in solo and group exhibitions at museums and galleries worldwide including the Museé du Louvre in Paris and the Annenberg Space for Photography in Los Angeles, and are part of prestigious international art collections, including the archive of the Department of Film at The Museum of Modern Art in New York, where two of his long-form television pieces reside. 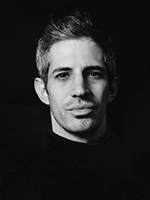 Gregory Kershaw has worked on narrative and documentary film productions as a producer, cinematographer, and director. Most recently, he was a senior producer at Fusion television where he made environmental documentaries. His work explored the impact of climate change on indigenous populations throughout Latin America in a series of United Nations Foundation funded videos, as well as long form documentaries on the global species extinction crisis featuring environmental luminaries such as Jane Goodall and Sylvia Earle. Gregory is a graduate of Columbia University’s MFA film program. 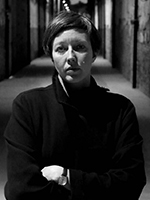 Coming from a background as a dancer and photographer Charlotte edited her first notable documentary AMERICAN LOSERS by Ada B. Søby in 2006. Charlotte soon realized she could bring all her tools together in this craft and decided to pursue solely the editing path. In 2009 she graduated from the National Film and Television School in England. Since then she has edited a number of award winning documentaries, including The Act of Killing (dir. Joshua Oppenheimer, 2012) and Tankograd (dir. Boris B. Bertram, 2010). 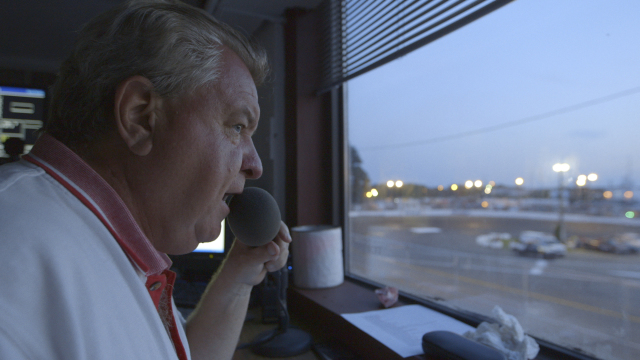 I was three when my parents moved from Brooklyn to Bellmore in 1960, and some of my earliest memories are of watching the Bombers race at Freeport Stadium. The images of Wink Herold or Jerry "Red" Klaus scraping off the walls in turns two and four left their own scratches and paint on my childhood, as did the snarling sounds of cars I could hear from my bedroom window.

I began photographing at the Riverhead Raceway in 2007 as a way to reconnect with this simpler past – both mine and Long Island’s: the long Tuesday and Saturday nights at Freeport with my dad and brothers; the smell of burnt rubber and clutches; the heat radiating off the cars as they drove through concession areas blocked off by sawhorses on their way back to the pits; the sight – sometimes seen from a hole in the fence, when I'd go without my father – of railroad ties rammed loose and lodged like spears in wheel wells, protruding like lances as cars circled the tar track, sparks flying.

I was at Freeport on the last day of racing, Sept 24, 1983 (two days before my 26th birthday) and watched Peter "Buzzie" Eriksen become the last track champion. I watched the cars exit for the last time, driving on flat tires, dragging bumpers, or being towed – oil leaking and engines smoking. Sadly, it seemed the perfect metaphor for Long Island – even more so when I watched construction crews tear the track down to make way for a giant strip mall that opened, and closed soon after. Another heap for the junkyard, I suppose.

Riverhead Raceway is the last track on the Island. It’s only a matter of time before the bulldozers move in and Riverhead goes the way of other tracks before it, replaced by a shopping mall, or some other piece of disposable architecture. That’s what people want, and that’s okay. But when it goes, something will be lost.

The Last Race is a celebration of a tribe of working class heroes and the track that has become the last bastion for their way of life. It’s an attempt to reclaim and capture the memories of my childhood so that the mysterious beauty that I once witnessed might still be known after Riverhead is gone. Moreover, this film is my creative effort to provide its viewers with a singular aesthetic experience - to become active participants and witnesses - to the spirit of Riverhead, and explore questions of blue collar American identity that have taken on a profound relevance in the current political era.