Ingrid and the Yellow Vests

Inside the Yellow Vest movement 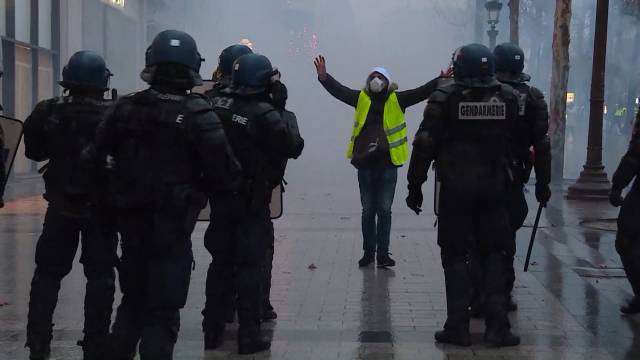 Social worker Ingrid Levavasseur is one of the most visible spokespeople for the gilets jaunes protest movement. But her decision to enter politics has seen some protesters turn against her.

Ingrid Levavasseur remembers the moment she shot to fame in France. “I was in a parallel world to my own life. Suddenly I told millions of French people the truth.” Interviewed by a journalist during the the first Yellow Vest protests, Levavasseur railed against the government’s neglect of France’s poor. Levavasseur, who grew up in a rural community in Northern France and earned a pittance as a social worker, feels people like her have been ignored by Macron. “Macron is a monarch who only works with the nobility and forgets the people.” Levavsseur’s fame has come at a cost. After she announced her intention to run for the European Parliament, some among the Yellow Vests have accused her of treachery. “I’ve got death threats,” she says. Though she still supports the aims of the protesters, Lavavasseur has given up her vest. “Wearing the vest feels more like a provocation today.”
FULL SYNOPSIS
TRANSCRIPT