Sidik and the Panther

Will spotting an elusive Persian leopard be the key to peace in Kurdistan?

Sidik has spent the last twenty-five years searching for a Persian leopard in the genocide-scarred mountains of Kurdistan in northern Iraq. If he can capture one of these magical creatures on film, the rugged region will be declared a national park and the bombs will never fall again. Sidik still hasn’t found his leopard, but he refuses to give up. Acclaimed director Reber Dosky guides us through the Kurdish mountains alongside Sidik, in this beautiful and inspiring visual ode to perseverance and peaceful patriotism.
Festivals

Trento Film Festival - Winner - Golden Gentian Best Exploration or Adventure Film “...you suspect it is not the leopard but the enduringly hopeful spirit of Sidik and those like him that offers the most hope for the future.” – Screen Daily 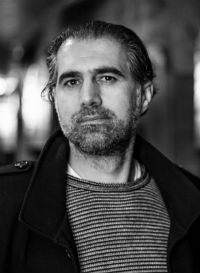 Reber Dosky (1975, Dohuk/Kurdistan) is a Kurdish-Dutch filmmaker. Living in The Netherlands since 1998, he studied film direction at the Netherlands Film Academy and completed his studies with The Call (2013), which traced the impact of war and displacement on the relation between a father and a son and won several awards on international film festivals. With The Sniper of Kobani (2015) Dosky achieved his international breakthrough, earning awards in Canada, Brazil, The Netherlands, Egypt, Italy, Japan and Mexico among others. He also directed the award-winning Radio Kobani in 2016.