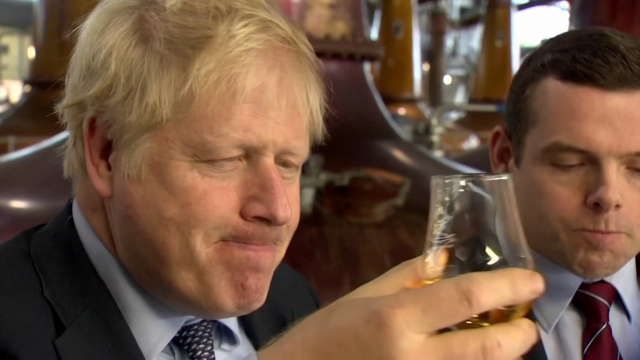 Britain will go to the polls on Thursday in an historic election. As Conservative Prime Minister Boris Johnson tries once more to advance Brexit, Scotland will play a key role in deciding its fate.

First Minister Nicola Sturgeon hopes that a strong showing for the Scottish National Party this week will lay the groundwork for a second referendum on Scottish independence. "A vote for the SNP is a vote to escape Brexit, and put Scotland's future in Scotland's hands", says Sturgeon. The Conservatives are steadfast in their opposition to independence. "Why would you break up the United Kingdom family?" asks MP Stephen Kerr. Discontent with Westminster politics will linger north of the border regardless of the result in Scotland on Thursday. "Scotland's aspiration is to be an outward-looking, inclusive nation", says pro-Scottish independence historian Lesley Orr, arguing that England is responsible for creating barriers.
FULL SYNOPSIS
TRANSCRIPT