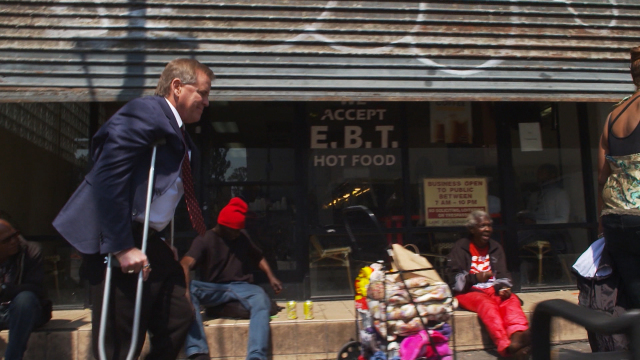 How do you self-isolate when you have no home to go to? In Skid Row, the epicentre of Los Angeles' homelessness epidemic, one reverend is determined to keep the doors of his shelter open at any cost.

Cities across the United States have emptied, as more than 350,000 people have tested positive for the coronavirus. But in LA, the pandemic has met a man-made disaster: Skid Row's homeless population. Reverend Andy Bales, head of the Union Rescue Mission, continues to work in the shelter, despite a history of heart attacks and disability. "Everybody believes that I'm taking a great risk by even being here, but I think I'd be at greater risk mentally and spiritually by not. And I think the mission would be at greater risk because they need to see my example of being on the frontlines with them." Some have called the shelters potential 'death traps', but for the homeless with symptoms, there is nowhere else to go. "I don't know what I'd be doing right now. I don't know where I'd be at the end. It really would be hopeless", says one homeless man, who has since been housed. Can the mission cope with more arrivals? Its medical director is worried many will come when it's too late. "We've got so many folks who are on the streets, don't know how to access care, don't have access even to fluids to drink or fever reducers", says one doctor.
FULL SYNOPSIS
TRANSCRIPT