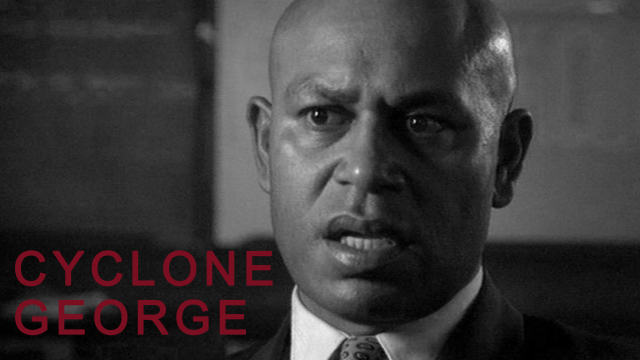 "They dragged Mahendra Chaudhry out of his seat and…kicked the back of his knee. They kicked it so he was forced to kneel." This description of when George Speight's gunmen stormed the parliamentary chamber comes from one of the MP's Speight held hostage in his struggle for power. Who is this self-appointed Fijian leader? And has Speight gambled the future and the reputation of his nation with barely a thought for tomorrow? ABC Australia looks at the coup --from the early rumblings of anti-Chaudhry discontent to the fateful decision to ambush the parliament-- in an attempt to understand this ethnic political struggle.

On the eve of the coup Fiji's Indian population, over 40% of the inhabitants, was battening down the hatches. Coup rumors are frequent, and Chaudhry's government was not the first to have trouble. Chaudhry's People's coalition Government was about to hold the Suva Trade and Aid Convention, marking 12 months of success for the party. But the protests happening across the islands mirrored all too much the nationalist marches that preceded the May 1987 coup when Rabuka's government lost the election and seized power. But this time, the leader was a virtual unknown. Speight was recruited to become the figurehead at the last minute. "It's nothing short of providential influence," he says. " it'll shock you to learn that I met Major Ligairi on the morning of the coup for the very first time." Major Ilisoni Ligairi, the coup's military commander and Speight's head of security, was part of the SAS when the British stormed the Iranian embassy. He's much more experienced at the business of war than failed politician George Speight. But George's history within Fijian business and politics was deep enough for him to become passionate about the cause. He'd been thrown off of several boards of major Fijian businesses during Chaudhry's rise to power. And he blamed it all on prejudice towards ethnic Fijians. The coup leader made it plain that he was not going to budge --that if ethnic Fijians were not Placed in supreme governmental rule, blood would be shed. Widespread looting and chaos for the purpose of distracting the police then ensued. The result was weeks of uncertainty at what would happen to the ethnic Indian population while Chaudhry and the MPs who refused to resign --when given the opportunity to do so in exchange for freedom-- remained captives. Everyone thought the nightmare was over when Speight agreed to let go of his hostages under the condition that a non-democratic ethnic Fijian government be installed. But Speight insists that the new parliament, including only one Indian in an assistant ethnic relations role, is still biased. In his flippant manner, Speight tells us his plans. " I haven't got any fixed time on it. I just let each day pass. Because if I set a time frame, I'll be disappointed. I could be here for a year, it could end tomorrow. It might take longer." Western nations have black-listed Speight as an international terrorist. His response? "Big deal...[these are] the same things they threw on us in '87 with Rabuka. It's like a tape recorder playing back the same tune." But what about his people, his country, the government? Speight blames his own for not standing up to the ethnic Indians, and putting ethnic Fijians into power. Now, he's sure ethnic Fijians will rise and leave Indians behind. Indians are hopeful, though, that a government like this cannot last long. "The unmasking of Speight to these people will come, whether he likes it or not. In time, these people will realize that he was a fraud," says Lieutenant Colonel Filipo Tarakinikini the Army spokesperson for the ousted government. He continues, "We have seen with our very eyes how, you know, undue use of force, unjustified use of force can lead to situations that are very hard to repair, like in Israel, in Lebanon." Is Fiji headed towards civil war? Produced by ABC Australia
FULL SYNOPSIS
TRANSCRIPT