Inside a land frozen in time by disaster 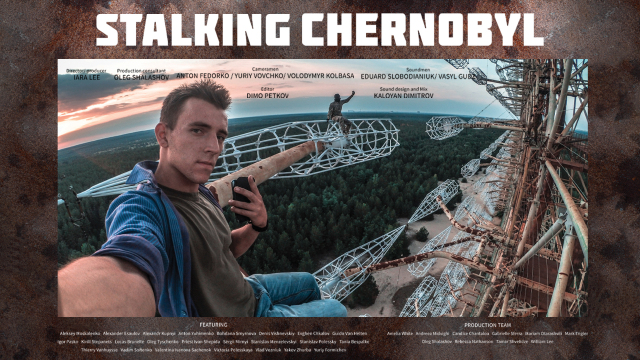 Iara Lee, a Brazilian of Korean descent, is an activist, filmmaker, and founder/director of the Cultures of Resistance Network, an organization that promotes global solidarity and supports agitators, educators, farmers, and artists to build a more just and peaceful world through creative resistance and nonviolent action. Her films address topics that are often overlooked by the mainstream media--including indigenous rights, food sovereignty, and environmental justice--and are frequently set in Africa, the Middle East, and Latin America. They have shown across the world at events ranging from screenings in refugee camps and community centers to debuts at the Berlinale and Sundance festivals.

Born into a family of Chernobyl nuclear power plant workers, Oleg worked as an official tour guide in Chernobyl from 2013 until 2018. He has been stalking Chernobyl since 2010.

Editor born and raised in Bulgaria. Mostly editing, shooting and directing action sports videos and documentaries while not out fly fishing or snowboarding.