Undercover in the Schools that Chain Boys 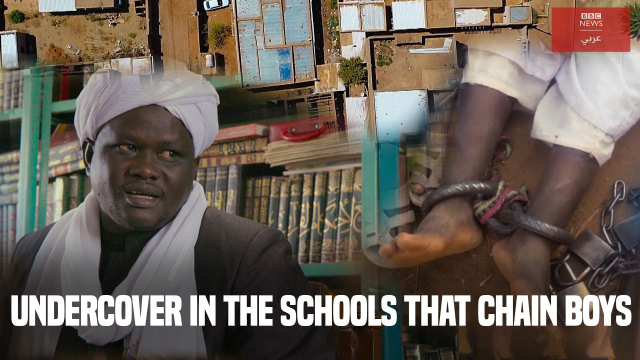 In Sudan, Islamic schools meant to teach young boys the Koran have become a breeding ground for brutal sexual and physical violence. The children’s families are finally daring to seek justice, despite the sheikhs’ powerful influence in Sudan.

Many Sudanese parents send their sons to khalwas, religious schools where they memorise the Koran. But the khalwas have also developed a reputation for their brutal punishments, ranging from whippings to sexual abuse. The father of one boy beaten so badly he had to be hospitalised describes seeing his son: 'It was a horrific sight: there was a putrid smell. His whole back was stripped of flesh. When I saw him like that I couldn't believe... that this was my son.’ Sheikh Hussein, who runs a khalwa, angrily denies reports of sexual abuse, but defends the use of chaining: 'Chaining has been going on in Sudan since ancient times. Most khalwas use chaining, not just me. I even chained my son.' He claims his khalwa no longer punishes by chaining. The fight to bring the sheikhs to justice has been difficult, due to their influence in Sudanese society. The mother of one child, now seeking justice in the courts, refuses to back down; 'We didn't send him there to be tortured, we sent him to learn the Koran. Must we sacrifice our children to honour the religious men?'
FULL SYNOPSIS