The untold story of Israel's foundation 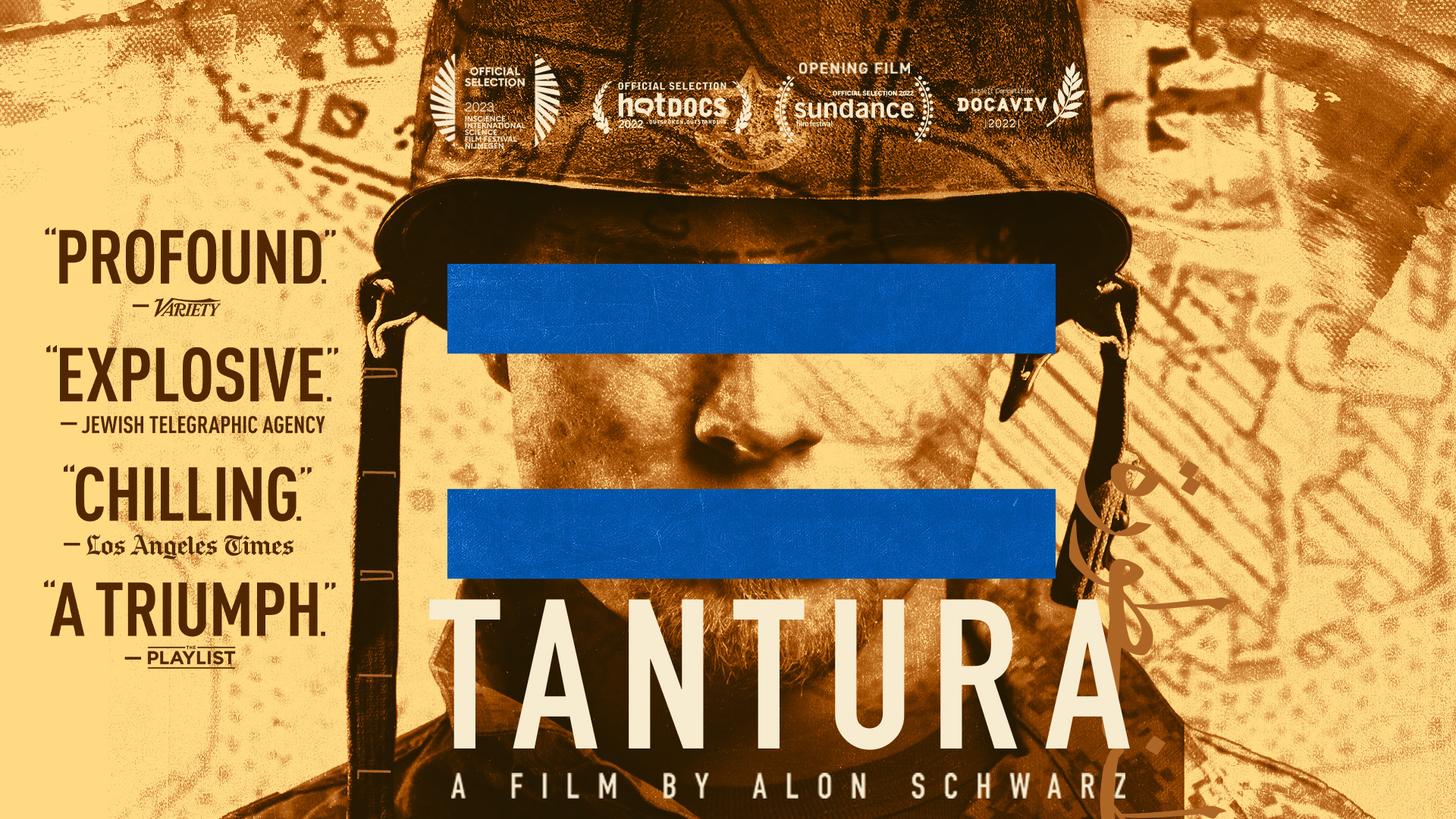 Hundreds of Palestinian villages were depopulated in 1948. To Israelis, it was the War of Independence, to Palestinians it was 'Al Nakba' - the Catastrophe. Director Alon Schwarz revisits former Israeli soldiers as well as Palestinian residents in an effort to re-examine what happened in Tantura, the location of an alleged, Israeli-perpetrated massacre, and find out why 'Al Nakba' is still a taboo in Israeli society.

Docaviv | Official Selection
Reviews and More
“The film works on two levels: one is about the massacre; the other is about the psychology employed not only by perpetrators, but by the powerful forces that back them up. ” – Vox Review
“A Documentary Reveals What Really Went on During Israel’s War of Independence” – Variety Review
"A fascinating, troubling watch" - Screendaily
“Tantura finally attempts to get the record on that incident straight, but as a movie, it serves an even greater purpose by bringing it to a wider public than ever before. ” – Hollywood Reporter Review
“A chilling excavation of a buried historical atrocity that occurred during the founding of Israel.” – Roger Ebert 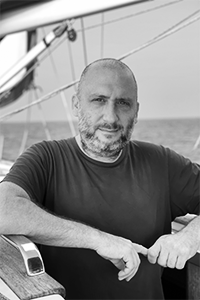 Alon Schwarz is an award-winning documentary director. In 2017, he directed and produced the feature documentary Aida’s Secrets, which premiered at Hot Docs, won the Audience Award at Tel Aviv’s Docaviv Festival, and was theatrically distributed in the United States and Israel. Prior to his filmmaking career, Alon held management positions in the software and technology sector after being a serial entrepreneur. 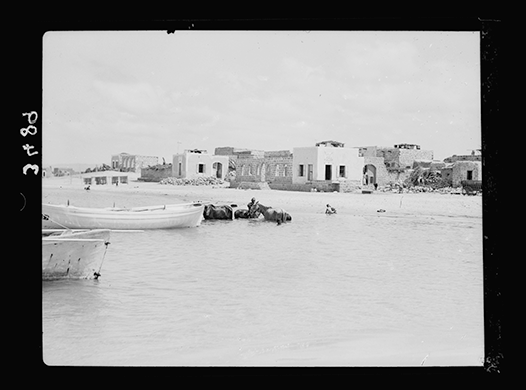 The village of Tantura in 1948, as seen in Tantura, directed by Alon Schwarz.
Photo credit: Eric and Edith Matson Photograph Collection. Courtesy of the Library of Congress. All rights reserved. 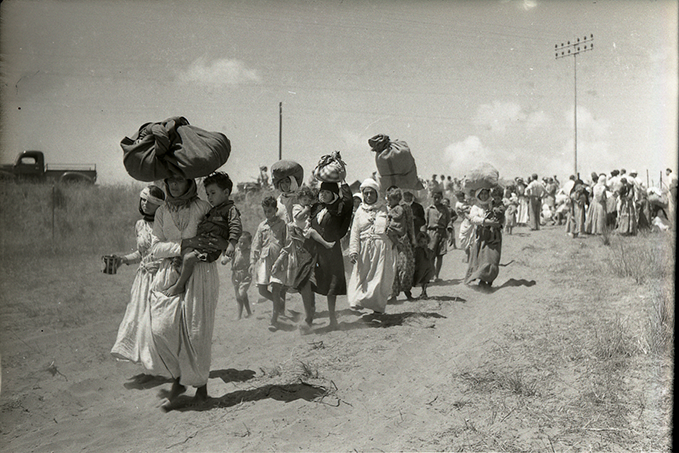 June 13, 1948: The expulsion of Tantura women, children and elderly from Furaydis to Jordan. The Red Cross is supervising. Photo credit: Beno Rothenberg collection. Courtesy of the Israel State Archives. All rights reserved. 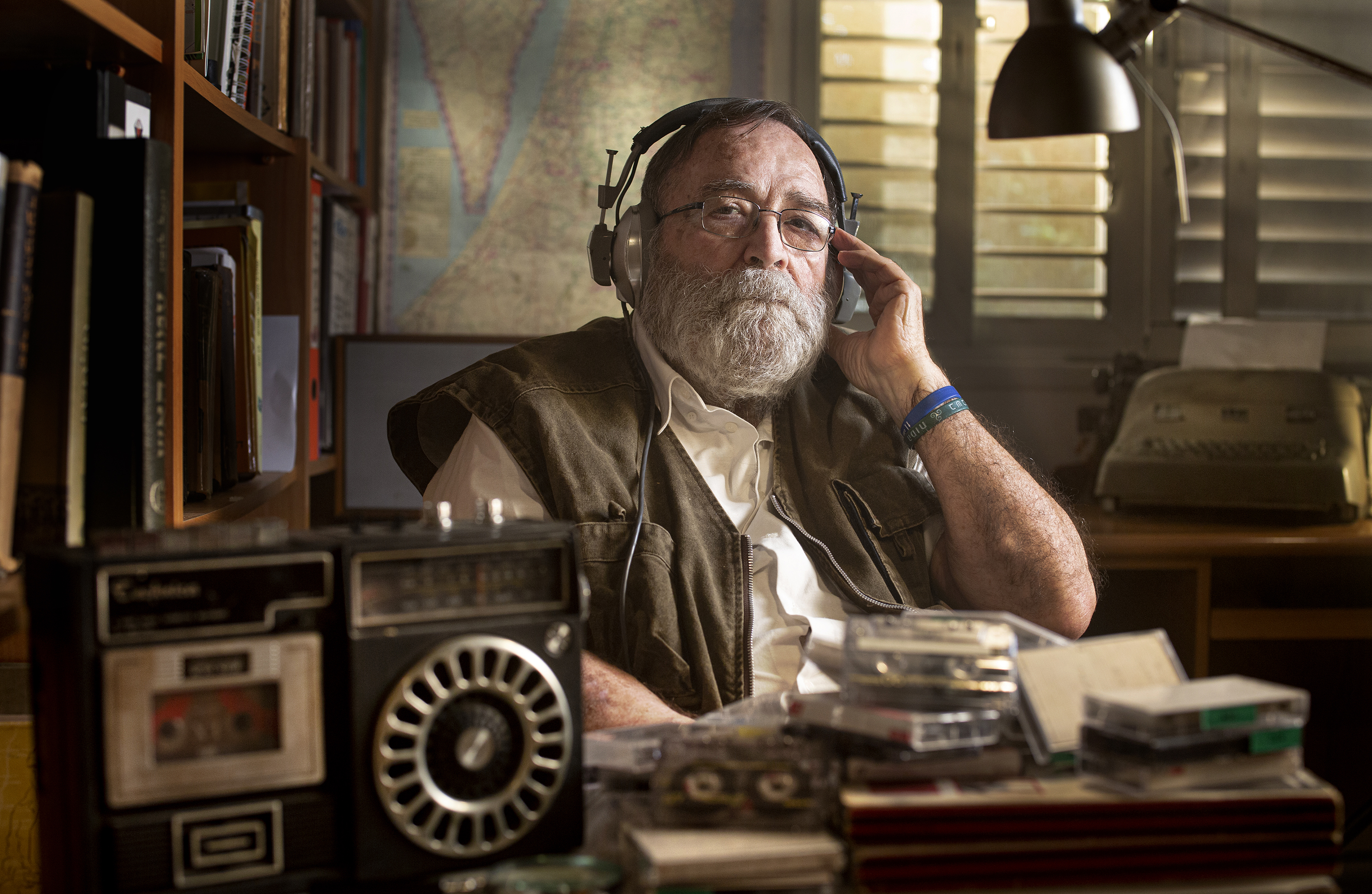 Like others who grew up in Israel, I was educated on a story that is very beautiful. Our Jewish founding fathers came to “a land without a people.” The Arabs who lived here before 1948 fled by their own will. We are a pure nation; our people were righteous then, like today. We have the most moral army in the world. These stories we Israelis tell ourselves survived in my mind as absolute truths for my entire adult life, even after I was a young soldier during the “Intifada.” I have always identified myself as a member of the moderate left side of Israel’s political spectrum and, like my friends, I believed all these stories and rarely questioned them.

When I started this project, it was conceived as a film about young human rights activists from Israeli NGOs that oppose the 1967 occupation and are working to try to end it. I was saddened by how these activists, who I see as patriotic heroes, are labeled as traitors by Israeli politicians, media and general society, and I was eager to fight this evolving reality.

One night, I accidentally stumbled across a web page about Teddy Katz and his research on the events of Tantura in 1948. Everywhere I looked on Israeli websites, I found a story about a man that all systems – academic, judicial, press, and social – labeled as a liar. I found it particularly peculiar that someone would find himself in that position after recording over 100 hours of testimonies on audio tapes. After calling Teddy the next morning, I went to visit him, not sure what I would find. I encountered a physically broken man with a deep need to bring his truth to light after everything was taken away from him twenty years earlier.

Listening to the tapes slowly opened my eyes to a shockingly complex reality I was not even remotely aware of.

As I started to listen to the tapes, I made a conscious decision not to focus on whether Teddy’s thesis was well-written according to academic standards or if he was 100% accurate in quoting the tapes in his work. I also decided not to spend much of my time on the Arabic-language testimonies that were the main focus of Teddy’s original investigation. These testimonies Teddy recorded were transcribed at the time and the argument around their accuracy was put into question during the defamation trial in 2000 and later as part of the investigation in the academic committees that ultimately rejected Teddy’s thesis and crushed his credibility. Instead, I was interested in focusing on the audio recordings of the Jewish soldiers and coming to my own conclusions of what had happened based on these oral testimonies. I decided to listen to all the Hebrew audio testimonies prior to reading the transcripts that were prepared by the opposing parties in 2000, realizing that the transcripts may miss very important layers of information – intonation, mumbles, badly recorded parts with problematic audio, and words omitted.

Modern digital audio enhancement tools enabled me to hear what even Teddy Katz and other transcribers couldn’t originally hear on the noisy analog tapes. As I listened to more and more interviews, I was amazed by the detective and collection work Teddy accomplished, with zero budget, interviewing dozens of witnesses. Many of the then 70-year-old military veterans told him directly or hinted about a story that was simply amazing. I also listened carefully to vocal nuances of some veterans that said “nothing happened” or that they didn’t want to speak about what happened, and understood between the lines what had indeed probably occurred.

I had potentially found a documentary treasure chest by acquiring access to these never-before publicly heard tapes and started feverishly scouting for contacts of any remaining veterans, now in their nineties.I began to realize the most interesting story here is not only the events of Tantura in 1948, but the systematic silencing that has gone on in Israel for decades around anything and anyone who dares challenge our nation’s founding myths.

Once I sat down with the veteran soldiers and turned on the camera I could see how sensitive the subject of Tantura was for many of them. To my surprise, some veterans started talking about the battle of Tantura and what happened after without my prompting. It was as if they wanted to share a truth buried deep inside their soul. It made me think about what we choose to remember and what we try to forget. What would you do if you had a dark secret in your past? Would you die with it? Would you tell your wife about it? Were they waiting for an opportunity to let go of their secrets? Regardless, once a few veterans gave me chilling confessions in front of my cameras, I knew we were on our way to a potentially historic document.

For me, the film is more than anything else an intimate, eye-opening document about our culture – a nation of people wanting to keep their story pure and beautiful – and a historical reality that must be faced and acknowledged as we mature as a society.

Today, I know the war of 1948 was not a one-sided story. Killing of unarmed people after battles ended were committed by both sides – in Tantura as well as other places. These soldiers went to war believing it was an act of survival, and in the context of a post-Holocaust world the story of a nation under attack was their lives’ narrative. However, I also know that as a strong nation we must now know our past, assume responsibility for our wrong-doings, and look at our Palestinian adversaries differently, acknowledging their narrative too, and start addressing their pain, not only ours. I believe that only after Israeli society goes through this deep transformative and difficult process, will we have a chance for meaningful dialogue and the beginning of a fruitful discussion on a lasting co-existence with our Palestinian neighbors. I believe peace will one day come. I do not feel naïve saying this, and I hope this film can serve as a step in a path of new consciousness and new hope for my beloved country and people, who have been robbed of their true historical story by the forces of our founding myths. - Alon Schwarz, director, Tantura.