The Islamic Courts are bringing order to Mogadishu's chaos. We ride alongside a charismatic and youthful militia group as they zealously carry out the orders of their new master. A fascinating story revealing the appeal of radical Sharia. 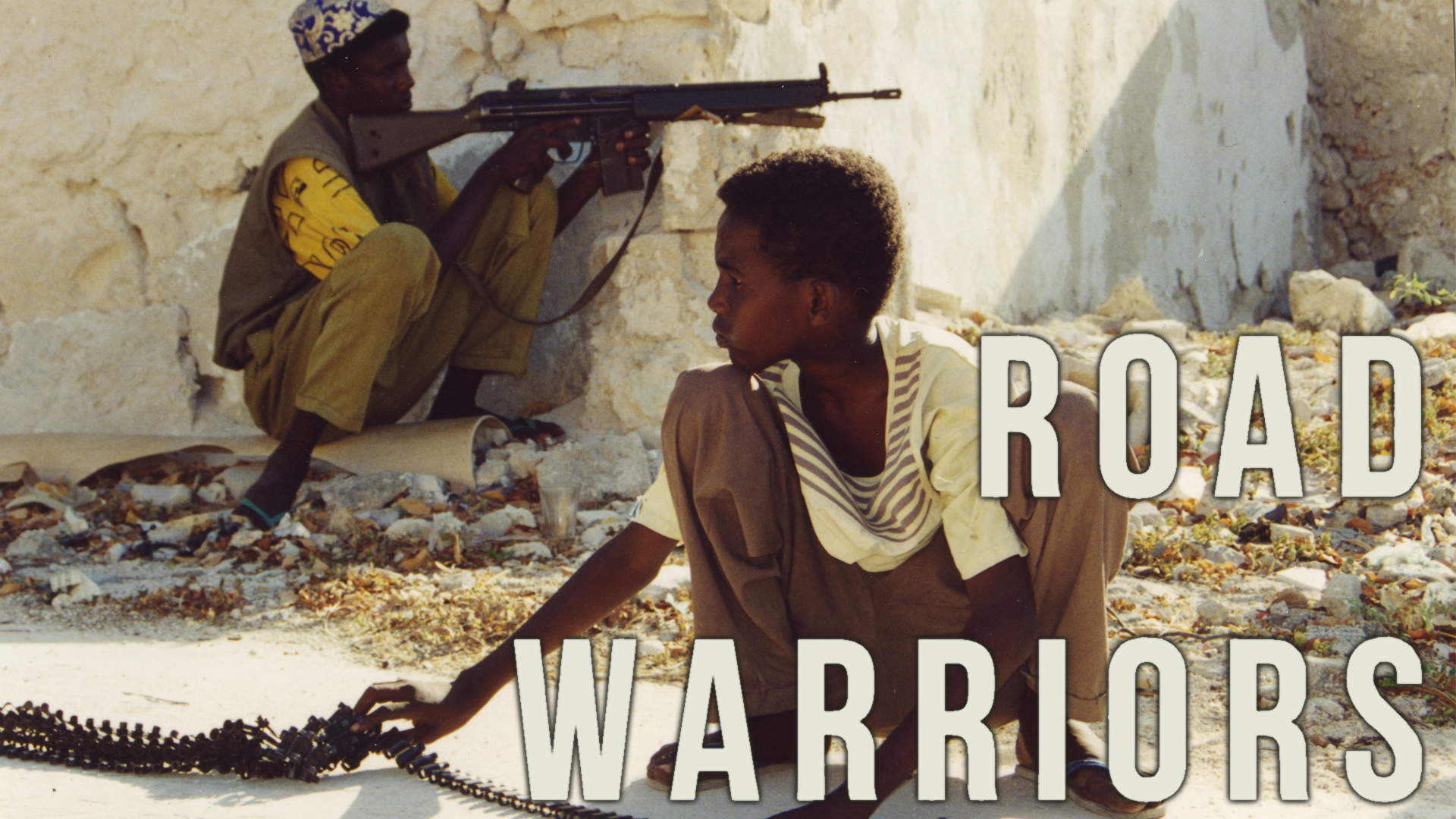 This week we bring back 'Road Warriors', a documentary that paints a picture of the anarchy that followed the failed US intervention in Somalia. The last time the Americans went in on their own to 'sort out' a failed Islamic state, it left the nation even more de-stabilised than before. In the end only the establishment of an Islamic court and implementation of Sharia Law saved a desperate populace from rape, thievery and murder. Somalia's bloodthirsty militia, some as young as eleven, became the guardians of Islamic justice. We join them on their combat vehicles - Mad Max style 'technicals' and take a rare look at how Islamic law has sought to bring order to a chaotic nation.

Welcome to Bermuda, an enclave in South Mogadishu where, they say, those who go in never come back. Every street leads into enemy territory, and fighters never sleep for fear of attack. It's a landscape of destruction and desolation and a place journalists simply don't visit. The only vehicles to be seen in its hilly streets are 'technicals' - looted Land Cruisers with their roofs sliced off and anti-aircraft guns mounted on the back, teeming with militia men. The technical has always been the Somali war machine. Sparring warlords parade them as a show of strength. To young men they represent power and prestige. These young fighters confess that in the past they would loot even from their own community to serve their own demands for survival. Now they report to the Colonel, a wild looking, mild mannered man who treats them as his sons, believes in Allah and reports in turn to Bermuda's Islamic Court. His motley crew - Big Ears, Cross Eyes, 6th Finger, Scar Arm - are enforcing the word of God. In the back row of a small, dark classroom sits Mustafah, an 11 year old boy who swears he's 14. He's a bright child, but a long way behind in his schooling. While other children wail Koranic verses learnt by heart, he mouths the words and his thoughts wander. He looks forward to the end of school, when a technical - daubed with polka dots and full of fighters twice his age - screams to a halt outside the school gate. Outside school Mustafah is a militia man, a child who takes ammunition to the front line and throws grenades at the enemy. "The militia are my brothers. Whatever they want of me, its my duty to comply," Two minutes from the school yard, the technical comes under attack. Mustafah ducks as bullets fly past, answered by the technical's thunderous anti-aircraft gun. Minutes more and Mustafah, alias 'Bantu Hair', jokes in relief with the rest of the crew. They chew qat (a powerful amphetamine) to stay awake through the long night shifts and live, work and sleep on the technical, which serves as back up to the infantry. In a country where guns are the only security, all bear hideous scars of a five year war to defend their families and homes. Mustafah's mother is proud of her son. She has already seen Mustafah return with bullets in his body but she believes that he is old and mature enough to fight. Mustafah's mentor, Big Ears, was once the bodyguard of the ousted dictator Mohammed Siad Barre. He now has faith in his work again, and considers Mustafah a good pupil. It's the story of the people who drove out one of the largest aid efforts ever mounted. It's the story of weird vehicles, clan warfare, of a people who show no fear and have nothing to lose if they fight, and everything to lose if they don't. Director: Mark Stucke
Journeyman Pictures