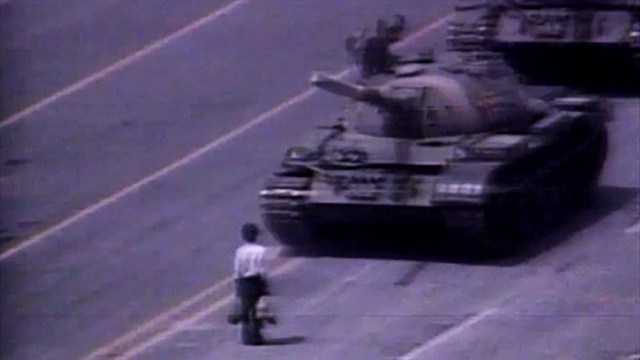 On 4th June 1989, tanks rolled into Tiananmen Square. They were told to clear the demonstrators at any cost - and they did. Zheng Fang lost his legs in the brutal reprisal - 20 years later he tells his story.

When Chinese pro-democracy official Hu Yaobang died, the nation wanted to mourn him. 'We requested permission to take part in the memorial ceremonies but our request was denied,' explains Zheng Fang. Thousands believed the government was 'acting irrationally' and in retaliation descended upon Tiananmen Square. Students and intellectuals swarmed to the memorial camps, which had evolved into a larger calling for democracy and the resignation of Premier Li Peng. 'There was a lot of passion amongst us students but we were also very naïve.' After 7 weeks of protests the army was ordered to clear the Square. 'The tanks moved in on us from behind. They must have seen that we were leaving peacefully. So why did they plough into us at high speed?' Zheng was knocked unconscious. 'When I woke up, I found I had lost my legs.' Twenty years on and the number of those injured and killed is still unknown. With the Chinese press not even allowed to mention the event, Zheng, who has now applied for political asylum in America, is determined not to let it be forgotten. 'The important thing is that the truth is preserved. I do not want this to gradually slip from the Chinese collective memory.'
FULL SYNOPSIS
TRANSCRIPT