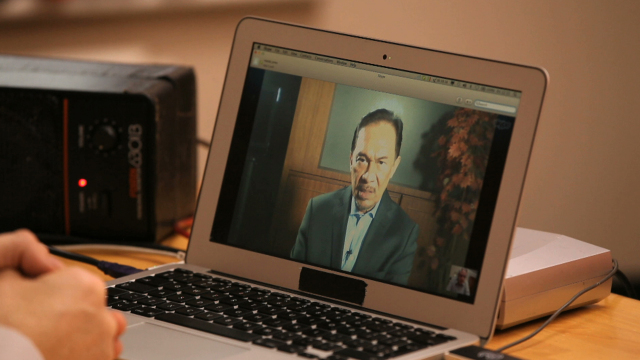 Malaysian opposition leader Anwar Ibrahim has twice been imprisoned for what he calls politically-motivated cases. But he keeps fighting for democracy in a country he believes is even less democratic than Burma.

Ibrahim's opposition party is gaining more and more support from the Malaysian people. They're fighting for democracy, something the former deputy prime minister describes as "an independent judiciary, free media and an economic policy that can promote growth and the market economy."" He now faces fresh charges over his part in a mass rally for electoral reforms. If found guilty, he may be sentenced for up to two years in prison and a fine, which could mean disqualification from standing in elections. But he remains optimistic on the future of Malaysia, describing his 2008 campaign to get elected to parliament. ""We won 10 out of 11 parliamentary seats, and so I believe we are ripe for some sort of Malaysian Spring through the electoral process.""
Episode 1: Hassan Nasrallah Episode 2: Slavoj Zizek and David Horowitz Episode 3: President Moncef Marzouki Episode 4: Alaa Abdul El-Fattah and Nabeel Rajab Episode 5: Moazzam Begg and Asim Qureshi Episode 6: President Rafael Correa Episode 7: Occupy Wall Street Episode 8: Cypherpunks - Part 1 Episode 9: Cypherpunks - Part 2 Episode 10: Imran Khan Episode 11: Noam Chomsky and Tariq Ali Episode 12: Anwar Ibrahim
FULL SYNOPSIS