A motley crew refuse to accept the demise of Norwegian sealing and set out on a hazardous journey through the polar ice. 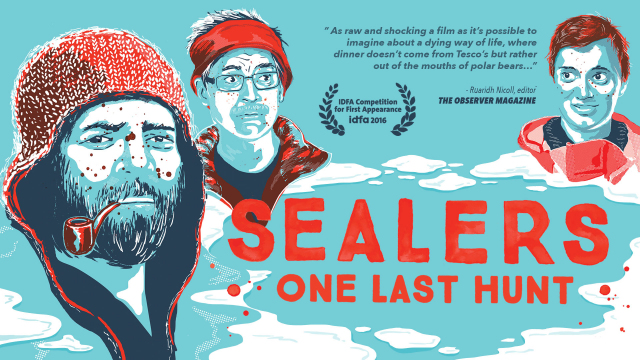 There were 200 Norwegian sealing vessels at the start of the 19th century; now there is only one. Meet the last sealers of the West Ice, as they tackle dramatic Arctic seascapes in pursuit of this controversial meat. Despite international criticism, this motley crew keep alive an ancient part of Norwegian culture. With beautiful cinematography, this intimate and sensitive doc captures their difficult life in hostile waters and a bloody tradition that refuses to die.

Koko Film is a documentary production company, established in 2013. Based in the Arctic meteropole Tromsø, Northern Norway, we aim to make local stories for a global audience. We are warm, but prefer getting cold – and like raw and smelly projects. We do producing, directing and cinematography. Gry Elisabeth Mortensen grew up on a diet consisting of whale meat and codfish, on a barren island in Arctic Norway. While Trude Berge Ottersen is a domestic southerner from a farming family. Together they are Koko Film. On set they’re teamed up as co-directors, while Gry does the soundwork and Trude operates the camera. They are both educated in anthropological filmmaking, and make films with a relevant and captivating story. Sealers is their first feature film.

It started in 2010. Trude, who was then a vegetarian, got to know some young sealhunters and through their enthusiasm for their profession her fascination was aroused. In spring 2015 the two women in Koko Film boarded Havsel, Norway’s last sealer ship. Living for two months on this 33-meter-long vessel, out at sea, together with a motley crew of sealhunters was challenging and exciting - personally and professionally. We became one of the crew, shared their everyday tasks and took part in their work on deck. Showers were rare and blood-stained wool-underwear became our uniform! The unknown, intimate and bizarre environment we found ourselves in was full of contrasts – visually and emotionally. Red blood on white snow, noisy engine in quiet nature, the small man in the huge landscape. Life on board was much more than just hunting. It was a moving experience, filled with companionship, sharing of ancient traditions – and a lot of drama. We call our film an action documentary for a reason. It was a dangerous journey; we came across hurricanes, accidents, engine-problems, polar bears and an unexpected termination of one sealhunter’s career. It has been an unforgettable journey.